A few months ago I reported, that the project has become frozen due to lack of time and the bigger growing Streetview debates in Germany. Now I’m glad to announce, that we have revived the project again and I have been able to gather the old team again.

Actually I never thought it could happen so fast again but after Mrs. Drobeck from GoogleEarth took her time for a visit in Ulm, we decided to reactivate NUlm3D and this time we would do it right.

Our first milestone is getting the acceptance of that project by the two cities Neu-Ulm and Ulm. Officially of course. We have already sent letters to each town hall and we already became first responses. To our delight, they have a interest in our project. They also like to invite us for a detailed presentation sometime in December and we will accept when the time comes.

I’m glad that we achieved that so far. I also took some time to redo the homepage. I went from the white theme into a darker one, replaced the blog engine and added a flash gallery instead of using HTML built galleries. But it will still remain in German since our target audience are the local people. 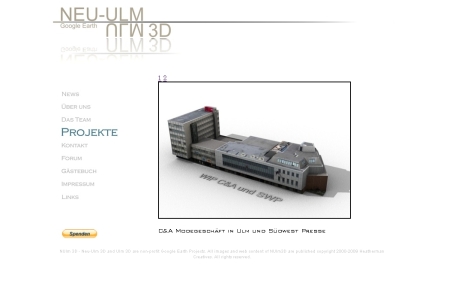 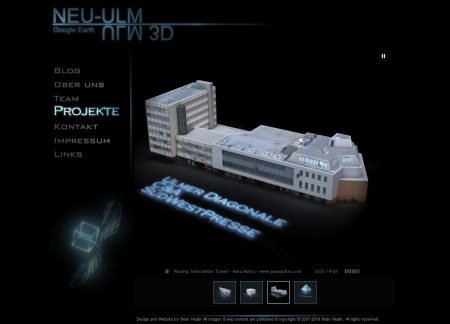 Check out the site and give a feedback if you like.

Also check out or Youtube-Channel at http://www.youtube.com/nulm3d