There is curiosity in everyone

My Mp3 player made a rattling noise when you shake it. Actually I should not shake it since there is a HDD built in.
But the reason I’ve been disassembling it, was not that sound but a attempt in polishing the front case with the “tooth paste trick”. At the end it didn’t work out quite well but I had the opportunity to get a look inside the MP3 player and a opportunity to fix the rattling sound. It was just a loose clip holding the HDD or was at least supposed to do that. 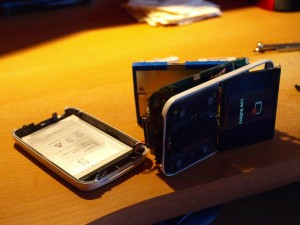 My MP3 player opened and still running, phew, no damage so far

Next on my program was my old watch from Florida. It fell down on the floor, after don’t know how many times. Now the glass was bursting inside and the watch hands were blocked by the glass fragments. I think I came up with that idea when I was about to go to bed. I sat down, opened the back cover and picked out the parts till I’ve been able to recover the glass. I’ve reassembled it and done. 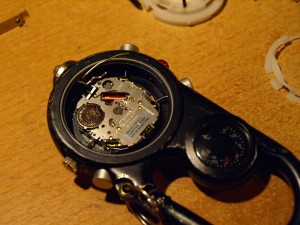 Opening my watch carefully. I had to uncover that part to access the glass shiver.

And last but not least my computer had to be cleaned again. That means removing the hardware and the fans, cleaning the heat sink and reassembling the computer again. 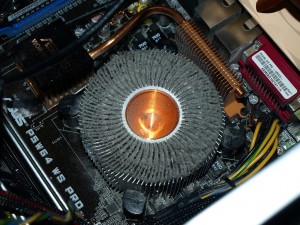 Heat sink of my computer's CPU. Incredible how much dust can pile up.

At the end of the day, everything was done and still working. Very simple, very interesting and fun.