I finally did it. Or actually little bit different that I had it in mind the first place. During last Christmas, I thought about buying a new objective for my E510 DSLR (digital single-lens reflex). By that time I had it for nearly two years because I bought it during my Birthday 2008. Easy so far. My camera turned out to be a real lemon. Actually the merchant in the store told me that they never had such many problems with that camera model. The shutter had to be replaced already after one month. The sensor cleaning system was malfunctioning 8 months later. Then the camera worked for a few months pretty well till November. Then I realized that the sensor had a few dead pixels and so I went for repairs a third time. Last but not least, the 4th problem, herewith the identical like No3, just happened one week after warranty expiration. They repaired it again without any charges.

Why should I go for a better objective, if the body is so unstable, never knowing if it might fail completely. Maybe you change the brand afterwards and then you have invested into your new objective, which you can’s use anymore. I dropped all that and stayed with the old E510.

Even the E30 is the most recent DSLR of the Olympus E-series, including new features such as filters, 12MP and many others, the E3 came up with the immense robustness like magnesium alloy hull or a  splash and dust proof body. Mechanically they don’t differ much. And I never cared for it’s bigger size and weight compared to the E510. I went through dozens of forums which were comparing the E3 and the E30. At the end I’ve been just as smart than before and decided for the E3 which, in my opinion, is the better choice.

And now I also had a reason, to get the objective I always had in mind to buy. A full upgrade.

On Monday I’ve ordered it on Amazon, on Wednesday I’ve received it. Quite fast. Now my sister gets my old E510, my dad gets my two old objectives, while he gives my sister his old objective. Why should I sell the camera, when it’s still a full functional device.  She’s glad and is already playing around with the settings. 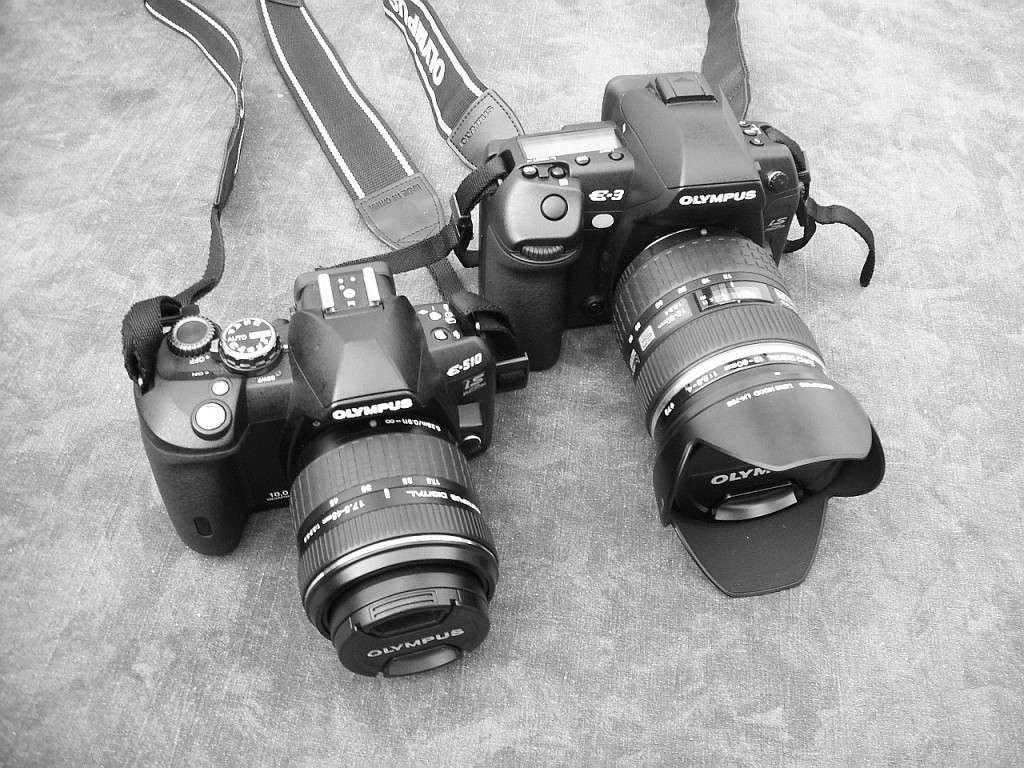